A brief history of vacations in France

Les grandes vacances in France were implemented before the Second World War for elementary, middle and high school students and lasted for 10 weeks. Back then, 49% of the population was still rural and parents needed their children’s help to harvest crops in August and September. In 1955, the economic situation in France allowed the government to extend vacation time and many families began to leave on vacation in early July. Thus, today’s summer vacation, which people associate with taking time off to relax and spend time with their families, was in fact created in order to sustain the French agricultural sector.

What do French people do during their summer vacation?

French people like to travel in their own country, et pourquoi pas? France has a very rich cultural heritage and diverse landscapes: three coasts, two mountain chains bordering Switzerland and Spain, expansive farmland, and many historic cities. There is something for everyone! Some families like to spend one or two months camping either in trailers or in tents. Others enjoy spending time at their summer home.

Over the past few years, tourism abroad, especially to nearby European countries like Spain or Italy, has grown since the début of the European Union. For those who cannot afford to go on vacation, French regions and cities have developed activities and sponsored camps for low-income families. A good example is the creation of the Paris Plage, a man-made beach on the Seine, offering the chance for families to enjoy beautiful Parisian weather during the summer months.

What’s going on in France? Why have so many people been taking to the streets since April?

Striking is a national pastime and longstanding tradition in France. It is hard to compete with the French in that category! French people, especially those living in Paris, are accustomed to strikes and would rather complain than worry about them.

Among other age-old traditions in France, such as baguettes, wine, and cheese, strikes are ranked in the top 5 must-do experiences. The right to demonstrate was decriminalized at the end of the 19th century and is protected by the French Constitution. Following the Revolution in 1789, major uprisings have included a massive resistance movement during the Second World War and tremendous students’ strikes in May 1968. The French people view protesting as an inalienable right and are not shy about voicing that opinion.

What are the impacts on the everyday life?

The Société National des Chemins de Fer (SNCF) employees are the champions of striking. Many people rely on SNCF routes to travel for work or vacation since it has a monopoly on train travel in France. When the SNCF is on strike, fewer trains are running and those that do run tend to be late. When unions call for strikes, employees take to the streets and set up banners and occasionally blockades. While it can become more difficult to get around, big French cities have great transportation systems and offer alternatives modes of transit. It is also rare that an entire company or public services employees stop working. In hospitals for instance, less than half of the doctors or nurses would strike to ensure patient safety and care is unaffected.

In general, strikes are scheduled a week in advance and largely relayed in the media. Being in France while people are demonstrating is then only a matter of organization and patience!

Vistas in Education:
The Perfect Balance of
Exploration & ImmersionVIE is a small company of passionate, knowledgeable Francophiles who take a personal interest in the success of your travel program.Creating memorable Travel and Family Stay Programs in France has been the hallmark of VIE since our incorporation in Minnesota in 1976.

(The following list is from Oliver Gee’s article we saw in thelocal.fr….)

French may be beautiful sounding language – but some of those Gallic words can be a real ordeal for us foreigners to pronounce. Our readers have picked out their most unpronounceable French words. How many can you (confidently) say?

We put the shout-out on social media and we were flooded with responses.

We gathered what we thought were the best responses and the toughest words – from beginner level to extremely advanced. And a warning: Number ten is really hard.

(If you can’t get your mouth around the word, get it around the cake instead. Photo: Alpha/Flickr)
Fancy some custard slice? Well not if it’s mille-feuille, says Facebook fan Deborah Adams Kutch. “It’s physically impossible for me to pronounce correctly,” she says.

“I have had more than one session with several obliging patisserie ladies trying to teach me, much to their hilarity.”

(Welcome to Brouilly itself, with some vineyards in the background. Photo: JaHoVil/Flickr)
Another item that’s top of the unpronounceable list is “Brouilly“, a type of red wine from the area bearing the same name in the Beaujolais region. Lynn Segal on Facebook says: “I don’t drink it anymore because I’ve been laughed at so many times! I can’t figure out how to say the B at the front of the mouth and the R at the back.”

(Photo: Thomas Hammoudi/Flickr)
Another answer that got people talking was “Rouen“, a town in northern France. Iris Weintraub Lachaud says it’s hard to pronounce “unless you’re a goose”.

But it’s not just us foreigners who think it. Facebook follower Onürb Öhn is a Frenchman who describes himself as “nearly Rouen native” – but he says that the town’s name “is still a mystery for me to pronounce… rouan, wran, roin, roan, rouen”.

(Photo: Cheryl Harvey/Flickr)
Tweeter Richard Milne says that “without a doubt” the hardest French word to pronounce for him is bouilloire (which means kettle).
“It’s got so many vowels/soft sounds that I sound like somebody is strangling me when I say it,” he says.
5. Pneu

(Photo: Oriolus/Flickr)
Another common response was “pneu“, which means tyre. Ruth Trevanion on Facebook says she “just can’t get to grips with that one at all”. That seems like a pun Ruth, and we salute you for it. But you’re not alone. A number of people said they couldn’t pronounce the word either, with one follower saying it’s the “least French sounding French word” they know.
6. Heureuse

(Photo: Liz West/Flickr)
Yet another common response was “heureuse” (meaning happy). Karen Hermann laments: “It doesn’t sound like a word when I say it, it sounds like I’m trying to speak through a piece of gum stuck in my airway.”
7. Froid

(Photo: Laszlo Ilyes/Flickr)
On Facebook, Shelby Marcus Ocana says the toughest for her is the word “froid” (which means cold). And it sounds as if it’s that pesky rolled r in the middle that’s causing all the problems.
“My kids always crack up when I say “J’ai froid” – they say I pronounce it like “foie” [which means liver].” She then has to endure inevitable series of jokes about foie gras from the little ones, she says.
8. Grenouille

(What a frog would look like if it tried to say grenouille. Photo: Yamanaka Tamaki/Flickr)
This word, which means frog, popped up a lot. In fact, many readers sent in words ending in “ouille”. Jay Fogler on Facebook says the problem with the word grenouille is the complex rolling of the r and the combination of the ou i and ll. Enough to drive you hopping mad!

(Photo: Gib3102/Flickr)
Catherine Gheribi on Facebook says it’s one of the simplest, yet most important words of all that she gets tangled up on.
“When I say l’eau – no one ever understands what I mean,” she says.
In fact, she says that even when a waiter asks whether she would like water or wine and she responds “L’eau s’il vous plait” – they still look at her blankly.
“I want to shout ‘I DIDN’T SAY DU VIN DID I? – SO IT MUST BE THE OTHER ONE’!!. She says that she’s learned to order ‘une carafe’ now.
10. Serrurerie

Photo: Susan S/Flickr
Brace yourself: The hardest French word to pronounce is the word for locksmith – “serrurerie“. It was the most commonly repeated response. Blogger Polly-Vous Francais even sent us an entire blog entry about the word.
She says: “Forget it. It is not happening. It requires too many mellifluous, throaty French r’s in too short a time frame (…) I find that I’ve barely recuperated from rolling out the first r when the next r and the next r need to come flying out of my tonsils.”

Remember, when you register your group before June 15, all early registrants dine at the Eiffel Tower for FREE! Plus, they receive a $100 discount off of the program price! Join us at the Central States Language Conference
this March 12th – 14th at the Minneapolis Hilton.

Marie Beuvart, our intern from France, will be presenting:
10 French Traditions Under Threat
Friday, March 13 • 1:00pm in Marquette 4

Be sure to stop by our booth (#113) to enter our raffle and learn the
secret suite number for our Friday night French Teacher Only
wine and cheese soirée from 6:30-8:00pm

The booth raffle is need-not-be-present-to-win so you can pre-enter by emailing Lara@VistasInEducation.com with your name, school, and preferred email address to be entered to win.

We will be giving away prizes in our suite as well but you must be present at the Suite Soirée to win these prizes.

Vistas in Education:
The Perfect Balance of
Exploration & Immersion 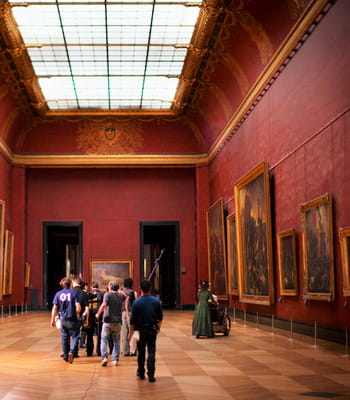 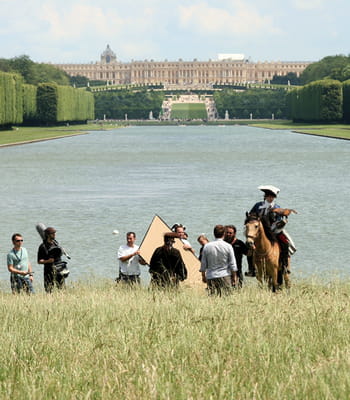 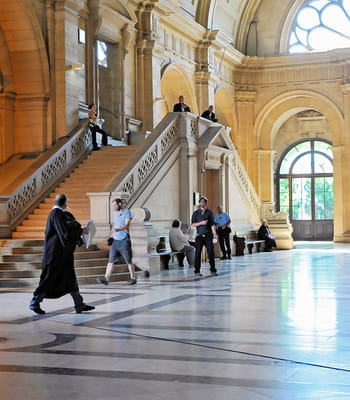 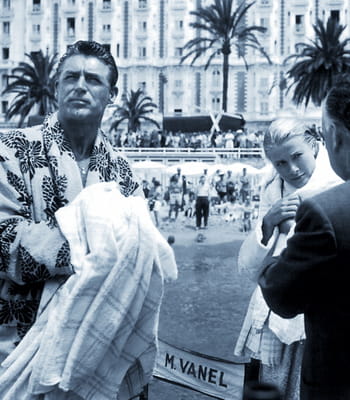 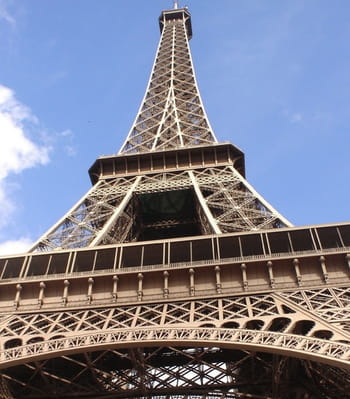 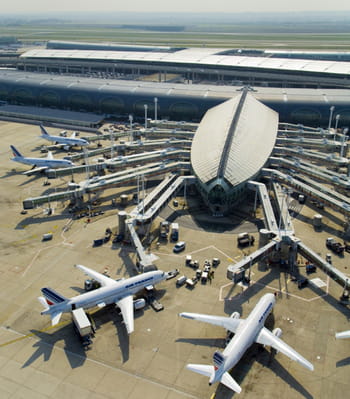 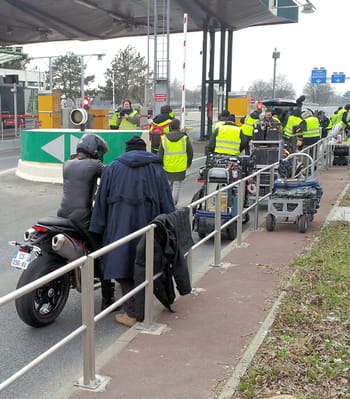 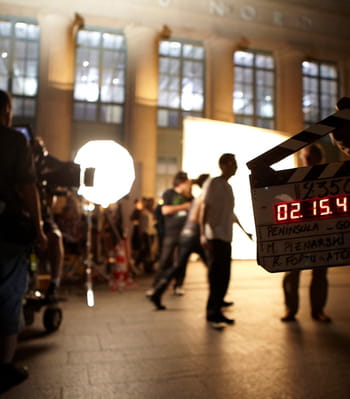 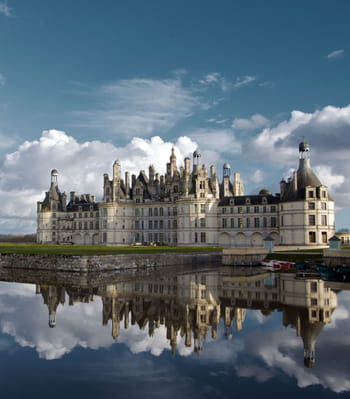 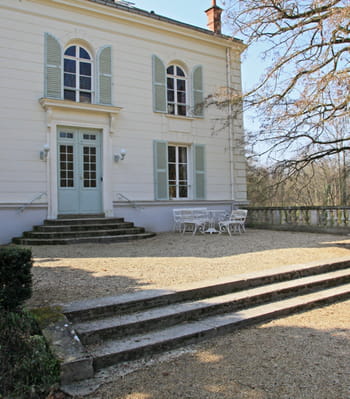